How did our Family Fun Day go? 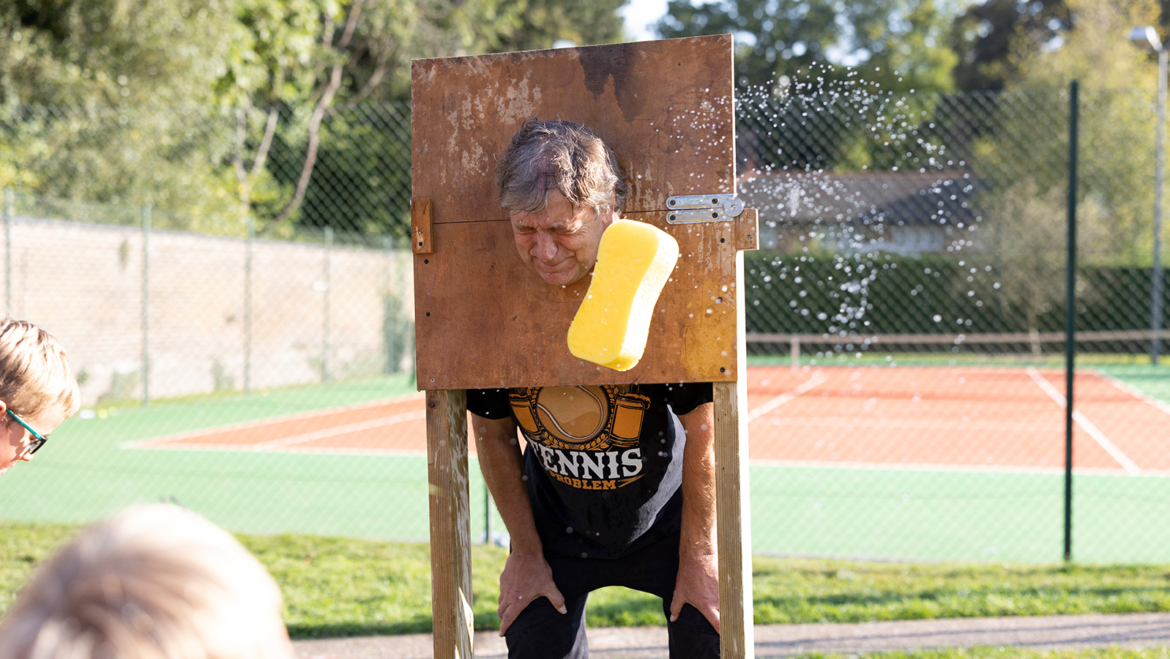 On a delightfully sunny Sunday in late September, what better way to spend it than with your family & friends messing around on a tennis court, eating cake and drinking tea, wine & beer.

After some well-deserved carb loading and various forms of rehydration the second set of three games got underway.
The Gilmours triumphed again winning Snare the Square but the Parrys hit back by winning Blindfold Balls.
Coming up on the rails were the Colbournes who having jointly won Bin the Ball, performed consistently in all other games, this was getting tight.
The final game, Egg & Spoon race (a ball & racket) was won by the Colbournes so this was going to be very tight indeed!

Having lost confidence in Cray I turned to Fugaku supercomputers for help with calculating the winners as it was extremely close with a small band of scores separating all nine families.
Joint runners up were the Colbournes & the Parrys with the Gilmours just coming out on top overall.

The Gilmours then disappointingly decided to exercise their right to soak the Chairman.
What on earth I was thinking about when I set this up I have no idea, probably a senior moment.

Many thanks all for coming along and to all that helped on the day.